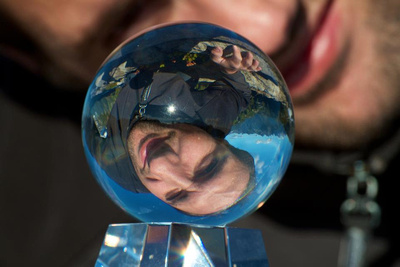 Born in Cordoba Argentina in 1980, my family and I moved to Mississauga Ontario Canada in 1987.  I spent my childhood in Ontario until I moved to Vancouver British Columbia in 2004 to continue my education.  In my childhood I was always fascinated by science and nature which would shape my life as I grew up.  I have two diplomas in Automation and Robotics and Environmental Protection Technology respectively.  I currently work in an analytical chemistry laboratory in the public sector within the environmental field of study.

My photography all started when I got interested in astrophotography.  I begun to take astrophotos in 1997 due to a fascination with astronomy.  Since the very first time I looked through a telescope, I dreamed of being able to capture what I was seeing on film.  I started taking astrophotos with a Pentax film SLR.   As time went by and technology improved, in the late 1990's I begun to experiment with modified webcams that I would attach to my telescope via plumbing parts.  Over time, I utilized a Canon G3 point and shoot and later on a Canon Digital Rebel XT DSLR to take my photos.  I mainly concentrated on photographing the solar system and a few of the brighter deepsky objects.

My love for astrophotography begun to change when I moved to British Columbia to more conventional terrestrial photography.  Since 2004, my passion for photography has flourished and I have taken many thousands of photos.  I shoot a wide variety of photo genres including macro, nature, landscape and fine art. I believe that even the most mundane everyday objects have their own beauty and therefore I try to capture this beauty with my camera.  I currently shoot with a Canon 7D Mark II DSLR, a Canon 50D DSLR and several lenses including a Canon 100-400 mm L telephoto, a Canon 24-105 mm L lens, a Sigma 105mm F2.8 macro, a Sigma 10-20 mm wide angle, a Canon 50mm F1.8 portrait lens and a Canon 17-85mm lens.  By photography industry standards, this is modest equipment but I believe it is not about the equipment but about how you use this equipment to capture beautiful photos.  Some of the best photographs are taken with modest equipment!

I am not a professional photographer however in the future I would like to work with photography more.  My passion for photography burns as bright as ever and I can't wait to go out and shoot my next series of images and share them with the world!